Government Board Of Supervisors Meet the Board

Meet the 2022 Patton Township Board of Supervisors 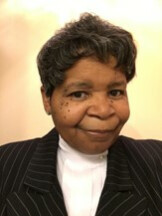 With an extensive history of service, she continued her volunteerism with the Red Cross (22yrs) then with Habitat for Humanity. Along with other organizations like the CDG (Community Diversity Group), that are making a difference in the Centre County Region. She also participated with Special Olympics Summer Games, Alzheimer’s Walk and other charitable events.

As a photographer, poet and writer, Pamela enjoys making greeting cards and gift baskets in which she donates to nursing homes and charitable organizations.

Her lifelong history continues to be dedication and service to her country, family and her community. 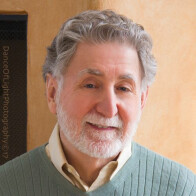 I believe the role of government is to serve the people!

Dan and Linda moved to the Centre Region in 1987 to assume positions at Penn State. Dan retired 8 years ago; Linda is still employed as a Professor in the Smeal College of Business. They have resided in Patton Twp for the past 18 years.

In September 2016 Dan was appointed to fill a vacancy as an interim Twp Supervisor and then was elected to a full 6-year term, starting in January 2018. Since his retirement Dan is a passionate supporter of, and has volunteered regularly at Centre Volunteers in Medicine and at Habitat for Humanity of Greater Centre County. His hobbies are gardening, DIY home projects, and reading. 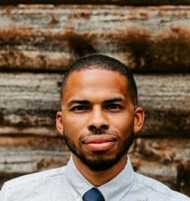 All good people deserve their rightful place in the sun.

Given his work in the mental health field, Sultan is acutely aware of the ways in which societal forces impact the health and well-being of local citizens, particularly those from marginalized and minoritized communities. Sultan was motivated to serve as an opportunity to ensure just and equitable treatment of all citizens and transparency and honesty in local government. As a newly elected Twp supervisor with a 6-year term, he is committed to learning and lending his expertise to meet the needs of the Patton Township community.

After serving on Patton Township's Sign Review Board (no sign of it now) and Planning Commission (still going strong), Elliot was elected Township Supervisor for the first time in 1980. Except for a couple of years at the turn of the century, he has been a Supervisor ever since (including sever terms as Chair).

Elliot has always believed one of the most important jobs at this level of government is to listen to the citizens. The Township is a Place for All, and anyone can play a role.

Elliot grew up within the city of Philadelphia and went to the same junior high as his wife did at the same time, though they did not meet until they were at Penn State University. They have two adult children and three grandchildren.

Over a 53-year career at AccuWeather, Elliot delivered multiple millions of broadcasts while serving as an executive and Board Member at the company. In his current role with the Township, he is honored to work with four other excellent Supervisors at a Township with a great staff and management. The Police Department has reached one of the highest levels of accreditation possible.

As is the case with others at his advanced age, his favorite music genre is electric dance music.

BOARD MEMBERS OF YEARS PAST